Well this was a bit of a surprise.... I had not downloaded the STEREO images data for a good couple of weeks. I have been restricting my data usage due to changing personal circumstances(got to get a real job), so not as active with this stuff. Also I have been working with processing,org software exploring a few concepts.
Any way, the image viewer I have been working on needed some current data so I downloaded and processed the FITS images for 20140204 into PNG's.  Scanning around the edges I saw this fuzzy move up and left near the top edge. A very not usual place for a fuzzy. It moved fast and was almost out of the FOV. So reported to Stereo Hunter Forum and to Mr. Sungrazer, could be a new STEREO comet....

Then I realized that this was moving out of the FOV and should have been detectable a few days earlier. So, got to downloading 20140202 FITS data.  IT was lower down and much brighter, hmm....must have been there for a good number of days.

Checked out the online SECCHI images for COR2A, after a detection report on STEREO Hunter forum. Quite evident as it crossed the COR2A FOV from lower right to upper left quarter, crossing the center of view. 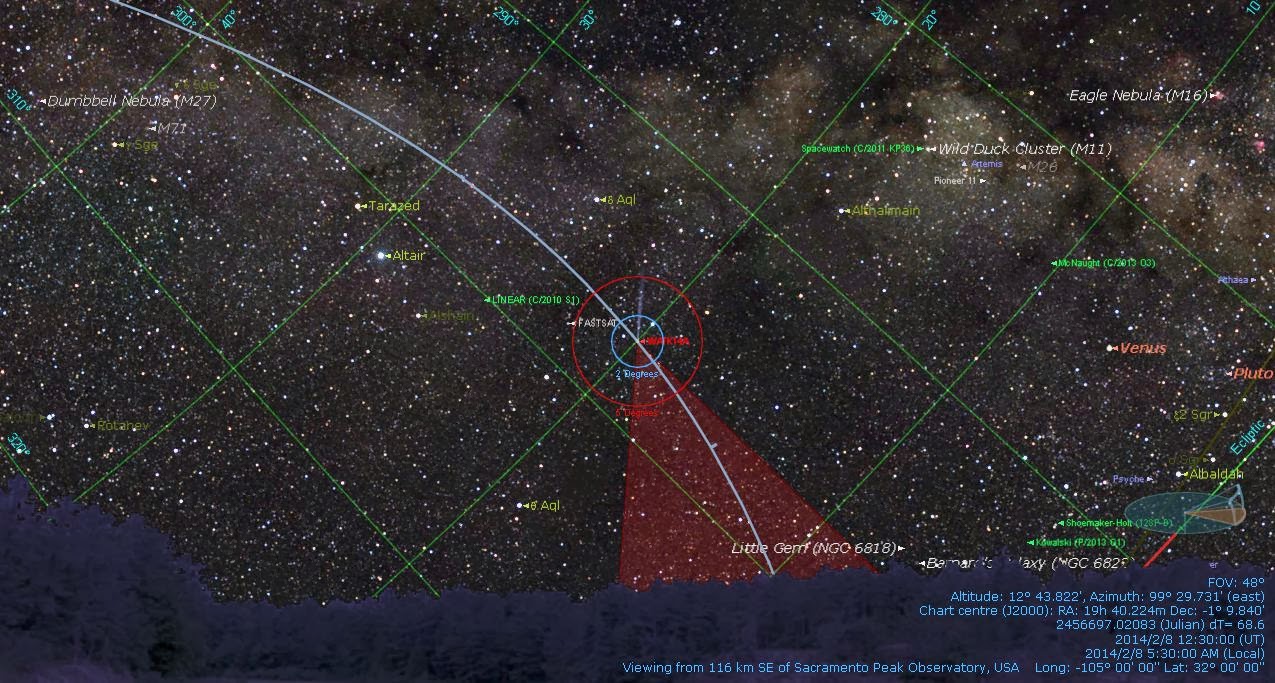 In the next few days I looked for the comet in Stereo HI2A wide field images across 20140210-15, the orbit put the comet in the upper right quarter of the FOV. No, luck the comet had faded to below mag 10 and was likely lost to detection and being small and in the twilight not good prospects for ground detection. An Mpec was released with a proposed orbit solution a few days later,  http://www.minorplanetcenter.net/mpec/K14/K14C25.html
and softcmt file for starry night updated. The comet now has a name C/2014 C2 STEREO.

So, this morning of 20140220, the tweets from Sungrazer  indicated that Hidetaka Sato had used Itelescope T11 to get a set of confirmation images, very close to the calculated orbit. A much appreciated effort.  Amazing that this small comet was ground detected, and still showing a small active tail.